Of course you know Ivan Pavlov, the great Russian psychologist and Behaviorism apologist. By now Behaviorist concepts, as well as Psychoanalysis, are largely outdated in the same way as Newton mechanics is outdated from the perspective of modern Physics. At the same time, the contribution of Freud’s or Pavlov’s genii to the civilization advancement is invaluable.

Today, rushing towards the threshold of the new era of human relationships, signified by the global crisis of trust and values, one can notice that new ideas get outdated quicker than in a decade, consider European immigration policies for example.

Consulting approaches also require dynamic revision, both in the sense of pacing the cultural changes and business realities, and in the sense of internal parameter alignment with external behavior and environment, at the level of teams and individuals.

Businesstherapy arose as a response to this demand. It puts the personality in the center, ensures its internal consistency, sets the goals, and then utilizes the flexible toolset to improve the results.

I mentioned Pavlov because the story of my concept is connected with the utterance I once heard from Olga Pavlova, who runs the Web Agency “Pavlov’s Dog” in Moscow. Speaking at one of IT conferences, she stated simply: “Web development is a very expensive kind of psychotherapy”. I remember the feeling those words caused, so amusing yet so accurately describing what actually occurs when a web agency deals with a customer.

As a matter of fact, Olga’s statement does not only apply to web development. It is equally and perfectly correct for most forms of business consulting. Productive consulting activity contains a large portion of learning, or gradual individual & collective transformation — these are the ways I suggest to regard the terms ending on “therapy” throughout the book, instead of thinking of a treatment.

The essence of transformation processes may be understood in the following context. A subjective view of one’s own goals, strategies and setbacks is based on a mixture of facts, individual features, and individual biases (or counterproductive features). The client may desire transformation in the form of overcoming biases that hinder the quick and successful advancement while taking advantage of the useful facts and features. Therapy then is a third party’s activity aimed at facilitating this transformation.

When I started promoting my new product called Businesstherapy, a quick competitor analysis showed that I was not the first one to use the term. This did not disappoint me. Quite the contrary, this manifested that there is a number of people who also enjoy the sound of this word and consider it meaningful.

As for the meaning, no consultant meant the same as me calling his / her products “Businesstherapy”. There are tens of other interpretations of the term “Businesstherapy”, however as far as I had a chance to learn them, they are all focusing on either one or as many as two of the three dimensions: management, group facilitation, and mind strategy improvement.

The following couple of articles will provide probably the vastest description of businesstherapy as a form of business consulting that incorporates all three approaches on an equal footing. 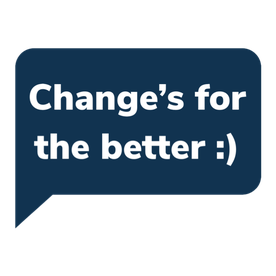